» Loo with a View
×
Products How To Stockists Case Studies About Us Specification Service Technical Support Contact
+44 (0) 191 410 6611
enquiries@tor-coatings.com
@ZinsserUK

Loo with a View 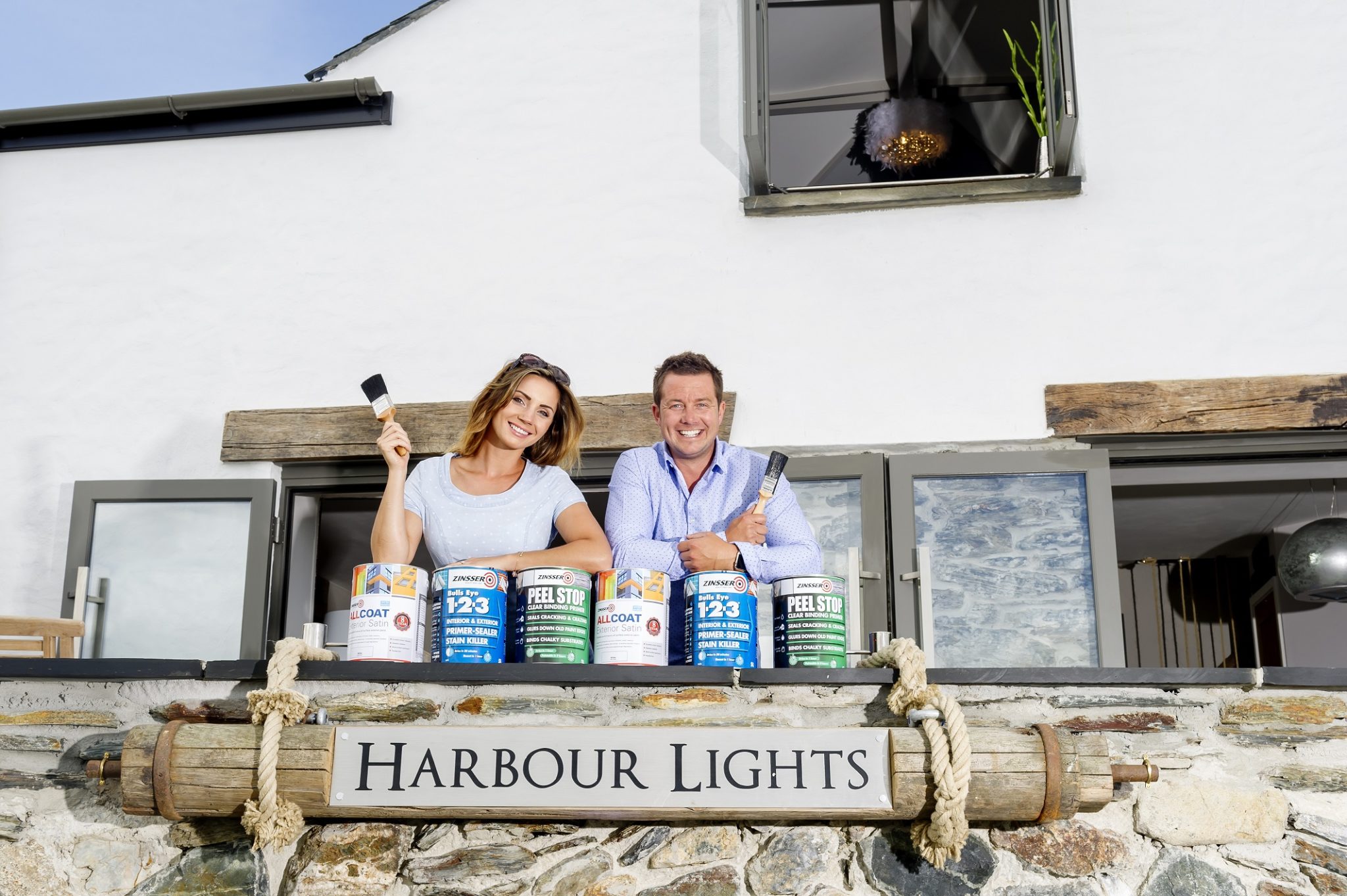 A former public toilet in a picturesque Cornish seaside town has been transformed into a luxury residence, with Zinsser paint used throughout the renovation to ensure lasting results.

The run-down building, which has become known as the ‘loo with a view’, had stood empty for several years and was bought for £115,000 by model-turned property developer Charlotte Thomson and her fiancé Joey Auger in March last year.

Perched on the cliff side in the port of Charlestown, made famous by the BBC series Poldark, the property is just metres from the sea, presenting very specific challenges when it came to choosing a paint system which would stand up to the elements.

Richard said: “The proximity of this building to the sea means that during high tide the moisture in the air coats the exterior of the building. In addition, during winter it undergoes a ‘sandblast’ effect as the wind whips up sand from the beach and throws it against the building.

“Each of the products we used has a specific purpose – the Peel Stop is a clear primer which increases the bond of any subsequent coatings to the wall and prevents the first coat of paint soaking straight into the render, preventing peeling, flaking, dusting or chalking.

“This was followed by Bulls Eye 1-2-3 which is a great stain blocker and also contains a biocide to protect against fungal degradation, increasing the overall lifespan of the finished job.

“The entire exterior of the building was finished in AllCoat Exterior, a hard wearing, long-lasting product which protects against cracking, peeling and blistering and which gave the building a bright white finish which is really stunning, especially when the sun is shining.”

The interior of the 18th century former fish cellar and net store was painted with Zinsser Grade 1 throughout, specifically formulated to tackle problems associated with traditional and historic buildings, including damp and stains, without trapping moisture which would cause the finish to flake and crack.

Richard added: “Grade 1 is great for surfaces that normal paint won’t stick too and is washable, making it very hard wearing. It gives a great flat matt finish and was the perfect product for a building such as this.”

All the paints used for the project were supplied by Steve Caruana of Rabart Decorating Centres, from its branch in Redruth, Cornwall. 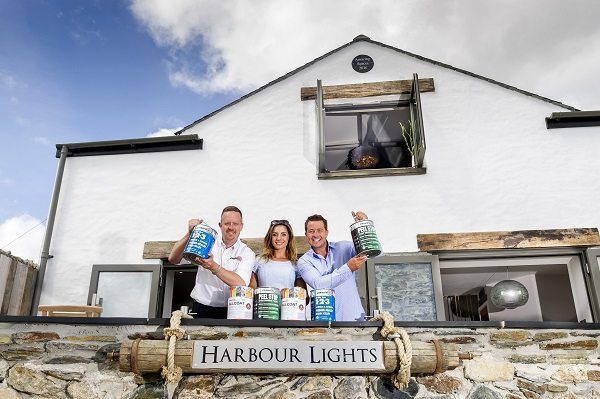 Charlotte and Joey pictured with Zinsser business development manager Richard Thomas who advised on product selection throughout the project.

High quality modern fixtures and fittings have been used throughout, along with reclaimed timber in a nod to the building’s historic past.

The property, which has been renamed ‘Harbour Lights’, has now been put on the market for £595,000, with Charlotte and Joey turning their attention to their next renovation challenge.

Charlotte said: “The service from Zinsser was excellent from start to finish – this was a very unique project and we knew we wanted the finished result to be really stunning and, more importantly, long lasting. 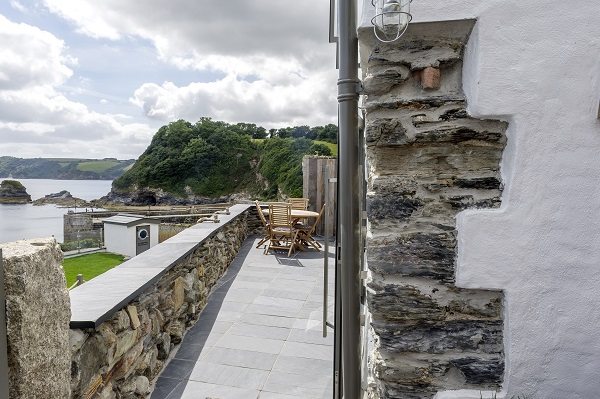 The view looking out to sea from Harbour Lights

“Richard’s advice on product selection was invaluable and he was there throughout the project to answer any questions we had and ensure we got the best finish possible. We feel confident that whoever buys the ‘loo with a view’ will be as impressed as we are with the result.

“We would recommend anyone thinking about taking on a challenging project such as this to contact Zinsser for advice – it really took away a lot of the stress knowing we were using the right products for the job.”

The Zinsser specification service is offered free of charge, with members of the experienced Zinsser team available to work with professional painters and decorators at every stage of their project, from initial survey through to specification and application of coatings, providing on-site advice, training and technical assistance.

For more information about Zinsser AllCoat, and other Zinsser products, or to request free specification advice, please visit www.zinsseruk.com or visit the Zinsser Twitter page @ZinsserUK.

< Back to Case Studies

Smeatons Tower, an 87ft Grade I listed lighthouse on the coast of Devon is one of the South West's most well-known landmarks and was in desperate need of a facelift. 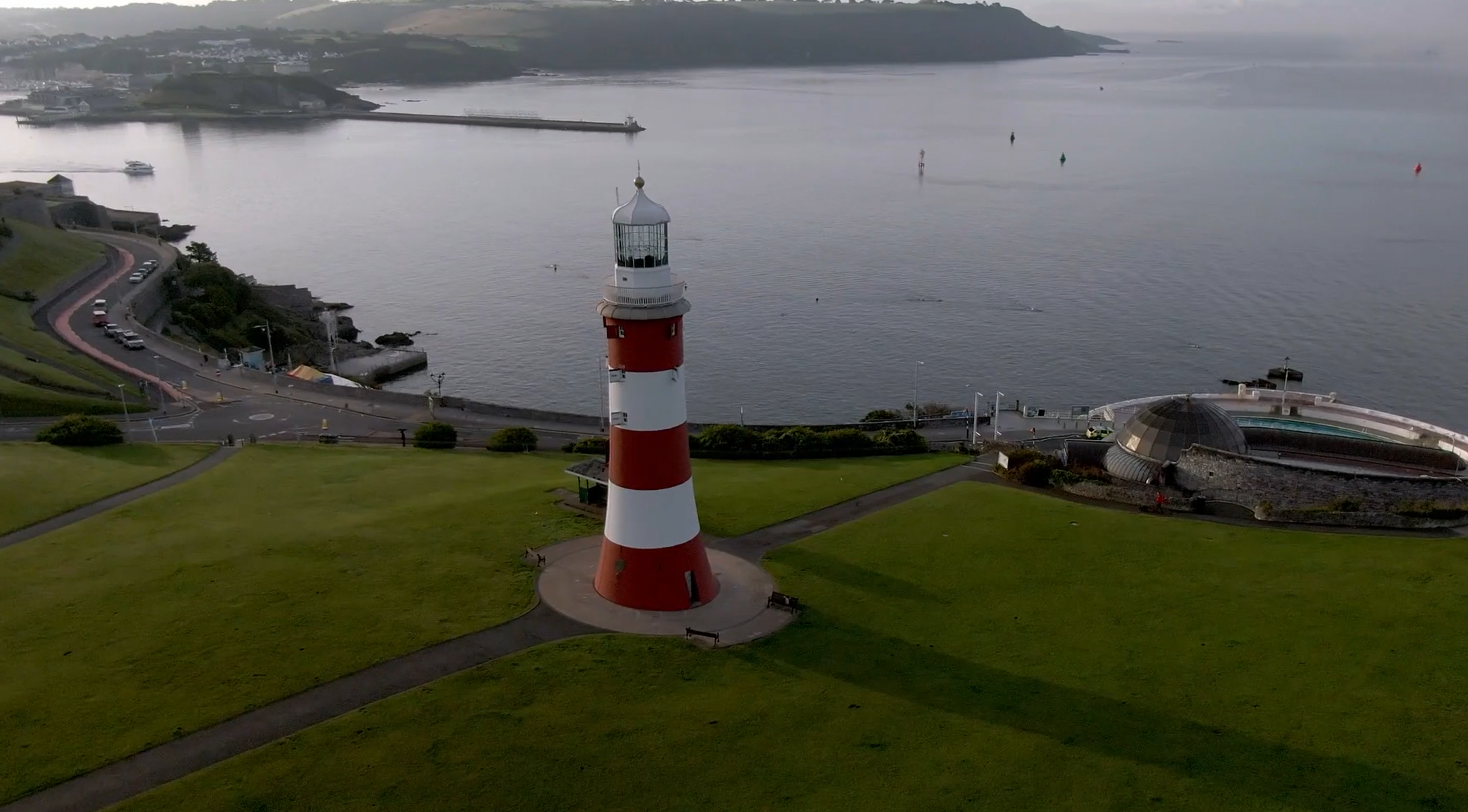 When Jen from Jennifer Gardner Interiors was called in to refresh a 300-year-old listed building in Buntingford, she knew that Zinsser was the best brand for the job to ensure that the restoration stands the test of time. 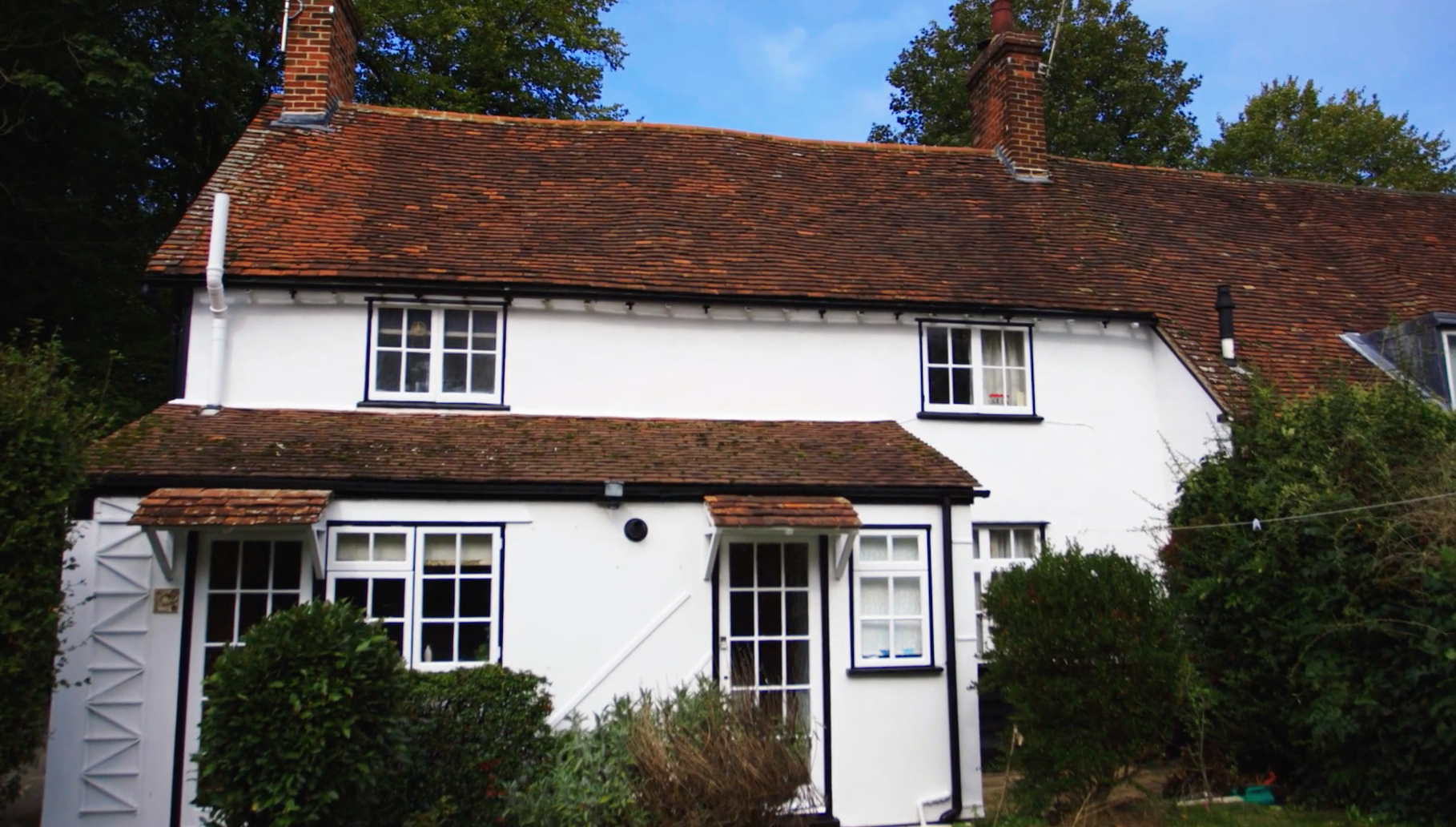